From our beginnings in 1966 as Western, we’ve carved out a niche by focusing our business on high-value, time-sensitive product handling. Companies like Xerox, Red Bull, TechTrans, and Amazon trust us with their most critical cargo and their most treasured customers.

We evolved the business in 2000 and named it WDS (for “We Deliver Service”) to concentrate on Texas and the contiguous states. In the years since, WDS has established itself as a best-in-class provider of logistical and transportation services. We specialize in the delivery, installation and storage of copiers, office equipment, automated kiosks, medical equipment and other high-value products. WDS can also coordinate, setup and run logistics for live events.

Count on WDS Logistics to be masters of this region, and masters of logistics. When your cargo matters, and your customers matter, we don’t just deliver goods. We deliver your good name.

Our family-owned business was founded by Don Siratt in 1966.

In over 50 years, our business has grown and changed to meet the demands of the economy of Texas and the Southwest. From the beginning, the element of our business that has enabled us to succeed has been a commitment to excellence in service. Don had it, and his sons who continue to lead WDS Logistics have it and have transmitted this commitment to every team member.

Customers remember the experience of white glove service delivered by a monkey with a jet pack. It’s who we are. 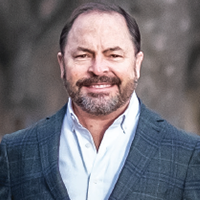 Donnie Siratt serves as the CEO of WDS, and his entire career has been training to lead WDS Logistics. He has a degree in business from the TCU Neeley School of Business, and is currently a member and officer of YPO Gold Fort Worth, a group of business leaders locally and globally, to continue to hone his business skills. Donnie has a passion for serving his customers and living the values of WDS every day.

Donnie and his wife of 27 years enjoy travelling and spending time with their growing family.  His oldest two children are also graduates of TCU and both are engaged to get married this year.  His youngest daughter will attend the University of Colorado Boulder in the fall.  Donnie is a big sports fan.  In addition to following the Frogs, he’s a huge Dallas Cowboy fan and enjoys following Formula 1 racing.

Donnie and his wife support several charities, including Union Gospel Mission, which provides care and support for the homeless in the Fort Worth area, and they recently joined the host committee for Jewel Charity Ball, which benefits Cook Children’s hospital in Fort Worth. 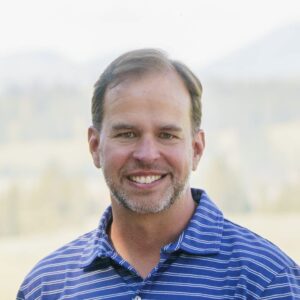 Colby Siratt is a CPA and serves as the CFO of WDS, and he brings a healthy dose of financial acumen to the team. He worked at Ernst & Young early in his career with clients ranging from cattle ranches to Fortune 500 companies. This expertise plays out as a love of the details—from numbers and data to a desire to meet even the smallest need of a customer.

In addition to his passion for minutiae, Colby loves spending time with his family. He has a teenage son and twins in college – a daughter at TCU and a son at the University of St. Andrews in Scotland.  They are a family of avid travelers, Horned Frog fans, and foodies.

Colby has served in a variety of volunteer positions – from an enthusiastic youth sports coach (with a very mediocre record), to a past Chairman of the Board of Casa Mañana, and along with his wife, past Board Presidents of KLIFE, a youth ministry in Fort Worth. 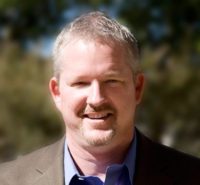 Brian Enright serves as President of WDS Logistics. He has worked in all aspects for the company since starting as a night shift warehouse employee in 1988. For a period of time in the early 2000s he left WDS to work as a Regional Manager of Logistics and Maintenance for AMR Corporation, but he decided to return to the WDS family, bringing experience from working in a Fortune 500 company with him.

When not spending time with his wife and two daughters or completing DIY home improvement projects, he enjoys working on classic cars and woodworking. Brian has also taken his DIY skills and helped less fortunate families in his community by performing home repairs at no cost or adding access ramps to homes with special needs children. 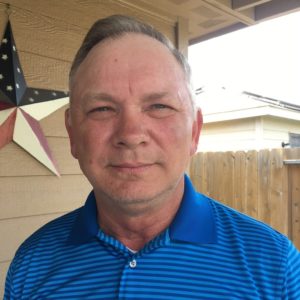 Richard Good serves as the Safety Manager of WDS primarily out of the San Antonio office, with frequent trips to the Houston and DFW locations. He began his career with WDS in 1988 as a driver and installer, gaining 27 years of experience before progressing to Warehouse Manager for 3 years. Richard was promoted to Safety Manager in 2018, fulfilling a critical focal point for WDS.

Richard is a Navy veteran who enjoys hunting, fishing, and golfing in his spare time. He also volunteers every month to work the food pantry at his church and takes courses at the local San Antonio Police Department to be able to help counsel battered women and children. 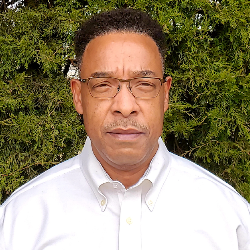 Ray spends his time outside of work with his family, and enjoys motorcycle riding and racing at his local track. He is also an avid sports fan, and tries to attend as many Oklahoma Sooners and Thunder games as possible. 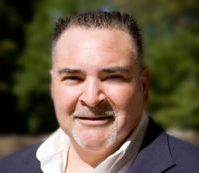 Tony Licon serves as Senior Operations Manager and is based in the San Antonio location. He began his career with the company more than 38 years ago in 1980 as a part-time driver and warehouse worker. Since then, he has worked his way up through the ranks and is one of the pillars of the company.

When he’s not working hard for WDS, Tony spends time with his children and his fiancée. Tony also enjoys working out, golf and fishing. And, after playing sports in high school and college, he maintains his loyalties to our Texas sports teams—specifically the Dallas Cowboys and the San Antonio Spurs.

Fred Thornton serves as Senior Operations Manager and is based in the Houston location. Fred has been part of the WDS family for over 37 years, beginning with the original company WTS in 1981. He started his career as a warehouse worker and driver in the Dallas/Fort Worth area, and then relocated to our Houston location to take on a variety of roles helping with the day to day operation, progressing from Associate Director to the Director of Operations. Fred has been a crucial part of implementing new programs for customers.

Fred is a dedicated family man who enjoys spending time with his wife, four children, and two grandchildren. Along with proudly having the title of Papa, Fred is an avid sports fan, and cheers on the Astros, Texans, and Longhorns throughout their seasons.

Jackie Carpenter serves as the Operations Manager for our Dallas/Fort Worth location and also helps out with our Little Rock location. She began her career with WDS Logistics in 2016, and made tremendous contributions in her role as Assistant Operations Manager through her dedication to the company, and her employees.

Jackie is the co-owner of an online business with her mother, and enjoys spending her time with her family and her dachshund, Reecie. Jackie also enjoys live country music shows and photography.

If you’re going to mess with Texas, you need to get with WDS.

Thank you for your interest in our services.Click the link below to download a pdf of our brochure.DOWNLOAD BROCHURE